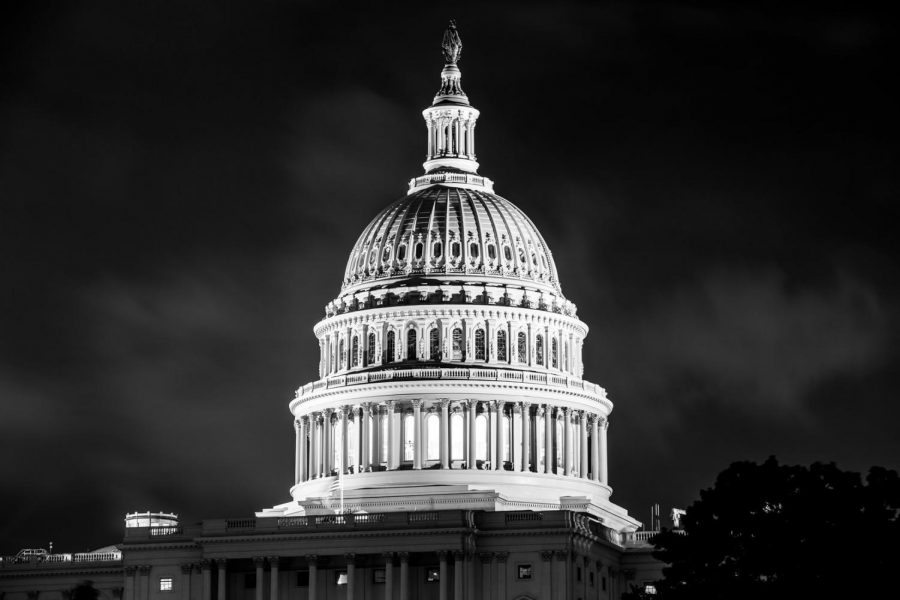 On Wednesday, January 6, at 2:10 pm, a crowd of Trump supporters broke into the Capitol building to protest the confirmation of president-elect Joe Biden. The group originated from the thousands of protestors gathering in DC to attend President Trump’s “Save America” rally, during which he stated: “We’re going to walk down Pennsylvania Avenue… and we’re going to the Capitol and we’re going to try and give… our Republicans, the weak ones… the kind of pride and boldness that they need to take back our country.”

The group of rioters, waving Trump flags and dressed in pro-Trump clothing, gradually began to gather outside the Capitol’s gates, and eventually attempted to force their way into the building. During this tense period, congressmen, press, and Vice President Pence who were in the process of confirming Biden’s victory, rapidly evacuated into underground bunkers.

It was during the initial clash that protestors began to struggle with the US Capitol Police barricade, who utilized tear gas and pepper spray in an attempt to hold off the mob. However, the massive crowd of protestors overwhelmed the police force and penetrated the building from multiple sides, breaking windows and forcing doors open.

Inside the building, the demonstrators vandalized statues in the Rotunda, broke into the Senate chamber, and trespassed Congress members’ personal offices and desks. To the shock of spectators, one protestor waving a Confederate flag (the first to ever do so inside the Capitol building) as well as multiple Neo-Nazis, including an unidentified man wearing an anti-Semitist “Camp Auschwitz” shirt, could be seen traveling with the mob.

It was during the commotion that the riot took a fatal turn. Ashli Babbitt, 35, was shot by a US Capitol police officer as she jumped through a smashed window. She was a vocal Trump supporter who openly supported Donald Trump’s claim that the 2020 election involved voter fraud, along with other far-right narratives. Her family and friends expressed their sorrow, reminiscing how she was “very loud and opinionated, but caring, sweet, thoughtful, loving.” Ashli died later that day, along with three others who suffered unknown medical emergencies during the riot.

After hours of roaming the Capitol Building, the last of the rioters were driven out by the police, backed up by thousands of National Guard, FBI, and Secret Service agents. Directed at his loyal followers, President Trump took to Twitter, saying: “Go home. We love you, you’re very special.”

Eventually, at 8:00 pm EST, despite the mob’s efforts to disrupt the process, Congress reconvened to finish the certification of the Electoral College results in Joe Biden’s favor.

This shocking incident captured nationwide and international attention, sparking mixed reactions. Some Trump supporters praised the rioters for their commitment to Trump, while others supported the cause but not the violence. However, the overwhelming response, transcending political parties and labels, was one of great disbelief, disappointment, and embarrassment. Americans all across the country condemned the riot, criticizing the protestors’ neglect of social distancing and lack of masks, and citing that violence is never the answer.

Chancellor Angela Merkel of Germany and Prime Minister Scott Morrison of Australia, among other international leaders, disparaged the violence as well. They, with many people worldwide, have also expressed their concern about how authoritarian governments could perceive the unrest in the prototype of democracy as favorable for promoting anti-democratic ideals.

The mobbing of the United States Capitol Building in Washington, DC represents an incredibly dark time for the nation: one characterized by violence, polarization, and hatred. Though the grave repercussions of this demonstration on American unity and conversation are surely inevitable, one can only hope that this nation stands resilient in its democracy.